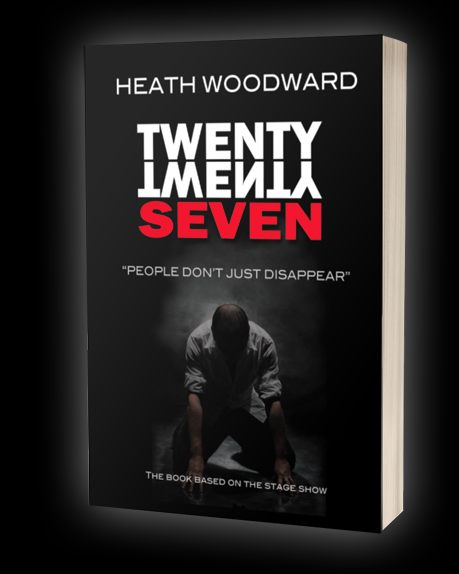 I have always been intrigued by the possibility of time travel. I love movies like ‘Somewhere in Time’ and ‘The Butterfly Effect’ and I particularly enjoyed the television show ‘Quantum Leap’. These movies inspired me to write ‘Twenty Twenty Seven’, and the written works of authors like James Herbert and Stieg Larsson inspired me to turn it into a novel.

Like my previous book, ‘Drinking with Angelika’, I originally wrote Twenty Twenty Seven as a stage musical with twenty-four supporting songs. The show had three performance runs; the first in 2008, then again in 2009 and 2012. I am grateful to my brother Glenn for his support in directing the first two productions and for helping me get the stage project started. I played the adult Adam character in the 2009 production, and I directed the 2012 shows.

After the final performances in 2012, I realised that there was more to my story to tell and converting it to a novel allowed me to fill in many blank spaces that were too complex to present on stage. I enjoyed being able to give the characters backstories and answer many of the questions that were raised following the stage show performances.

Also by This Author